The brand of shovels pádel Siux, which has gained great momentum since its recent birth as a brand of padel, has grown a lot partly thanks to its star shovel, the Siux Diablo. In 2015 they managed to improve it and brought the shovel Siux Devil Graphene.

A shovel that from the first moment impresses with some very good finishes and with a spectacular design, will undoubtedly catch your attention. We have had the opportunity to try it and it left us in awe.

In the Siux Devil Graphene they have used the material that is becoming fashionable in this sport, graphene, more resistant, elastic and effective than carbon, fiberglass or kevlar, which are the materials that are currently used. The blade is not composed only of this material and is spread by dust on the surface. Graphene is a very expensive material and its use greatly increases the cost of the blade, with the new Devil we see that it is justified.

We must admit that it is not easy to adapt, because we had to play a couple of games thoroughly to get the hang of it, partly because the previous shovel used had little to do with it, but once you know how you have to hitting can be one of the best shovels of the moment. The shovel can be something technical in its use and to get the maximum potential a minimum level is required.

From the track background, the paddle does not have too much ball output and the hit is something dry, which does not make easy the defense, where you have to put your great part of the effort, but you only suffer in the blows where you get very forced, in the normal it is a marvel of control and precision, both backwards and right. In the wall exits they are a fantastic blow, strength, with effect, speed and placement, while in the balloons, when you take the touch, they also come out very well.

En the volley the shovel wins, its strong point being the attack, although if it's your turn to defend it can be blocked comfortably when the ball comes fast. Regarding its handling, the blade is excellent, because with an approximate weight of 360 grams you can handle it perfectly with a good balance. When there is enough time to prepare the volley, we can give it depth and cut effect to make the return difficult.

But without a doubt the biggest improvement that has been achieved in the shovel Siux Devil Graphene is power, which is reflected in the Goal attempts. It is difficult to test a shovel with which it is so easy to bring the ball to your own field or take it out by 3 with hardly any effort, in addition to being able to make trays and spectacular vipers.

We invite you to follow all the news of the pádel in our profiles Facebook y Twitter! Or if you prefer, you can also subscribe to our newsletter weekly and we will keep you informed!

adidas padel launches in June 2021 two very special rackets, the limited editions of the rackets of its flagship players. This month begins with news ...
Brands

The new arrives Siux Jaguar 3K, a renewed version of the well-known Jaguar. It is designed for players with a high or advanced level ...
Brands 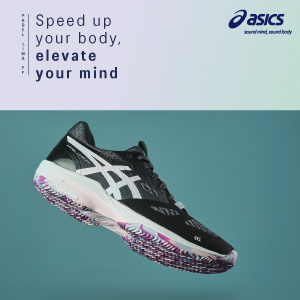